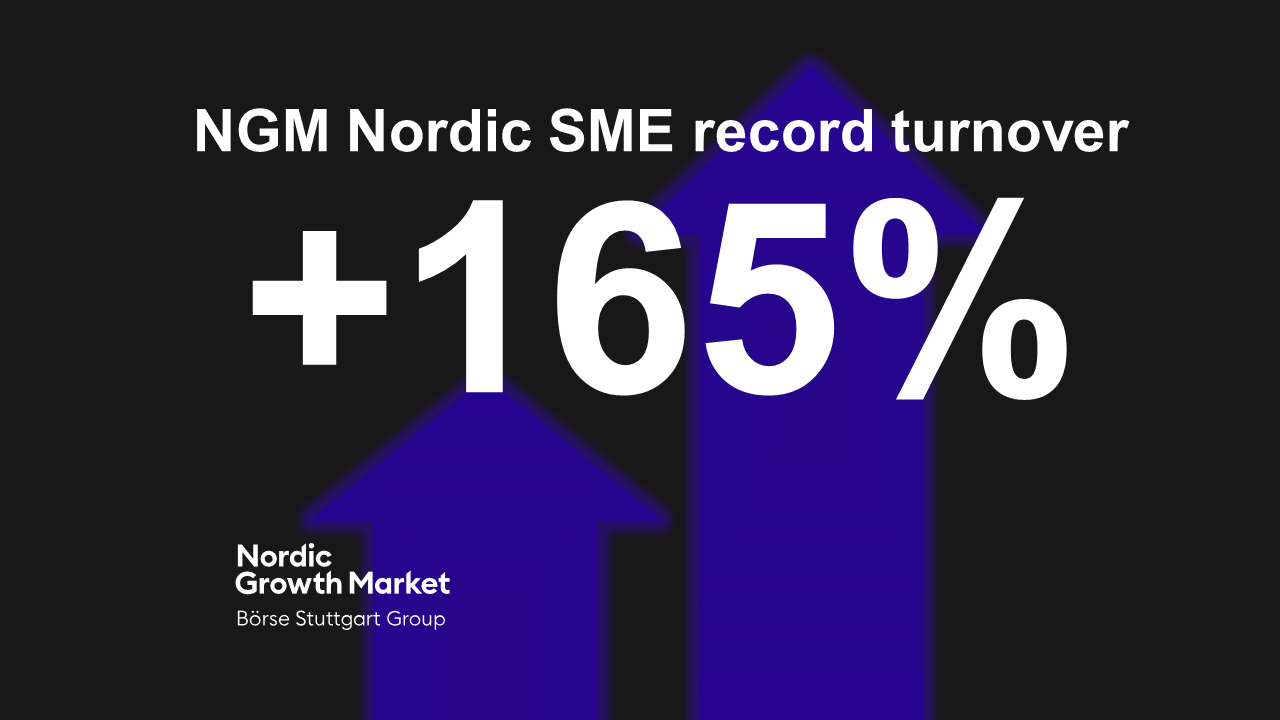 A continued strong market and interest in growth companies lead to new turnover records during the first half of 2021. The turnover on NGM Nordic SME increased with more than 165%. The three most traded companies were Fortnox, Metacon and Quickbit.

NGM Nordic SME experienced a new turnover record with 21 billion SEK in turnover during the first six months, an increase of as much as 165%. The three most traded companies were Fortnox, Metacon and Quickbit. The turnover for NGM as a whole increased by 27 % and amounted to 50 billion SEK. 9 new companies were listed on the growth market Nordic SME. Turnover for ETP´s were 27 billion SEK. The three most traded companies were Tesla, Maersk and Vestas Wind Systems. During the first six months, the parallel listing on Börse Stuttgart was launched and NGM announced PepMarket, a new market segment with weekly trading.

Below is a summary of the development of the Nordic Growth Market for the first half of 2021:

”The first six months of 2021 showed a continued high market activity. Nordic Growth Market reached new trading records and Nordic SME had a turnover increase of as much as 165 percent and a continued strong pipeline of listings. More companies choose NGM which we believe is due to the development of our offering to become the best and most innovative partner for growth companies, with the possibility to parallel list in Germany and the upcoming launch of PepMarket”, says Magdalena Hartman, CEO Nordic Growth Market.